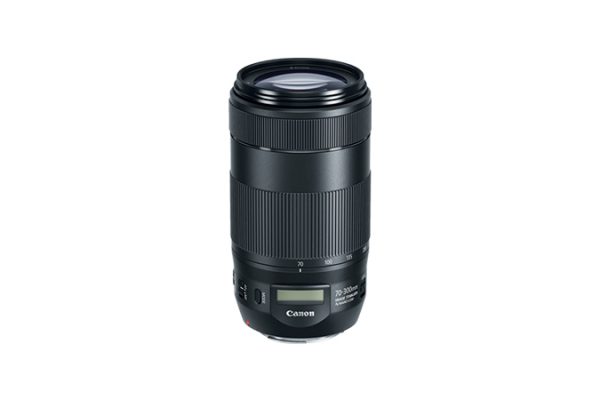 Close in on the action with the EF 70-300mm f/4-5.6 IS II USM telephoto zoom lens. With a wide zoom range and fast, near-silent autofocus, it can be ideal for anyone looking to capture distant subjects. Equipped with NANO USM technology it quickly focuses so you’re able to get the exact moment you want, as it happens. This technology also helps provide ultra-quiet operation while video recording to help ensure the only audio you hear is what you intended to keep. While you’re setting up that ideal shot, the new Lens Information Display provides a convenient way to check focal length, focus distance or depth of field with just a quick glance. If you find yourself without a tripod and unable to keep the camera perfectly steady, built-in Image Stabilization will help keep your images as clear as possible despite camera movement. Inside, the EF 70-300mm f/4-5.6 IS II USM has an optimally-placed UD lens element which helps produce high-contrast and high-detail images while reducing chromatic aberrations. Combining a wide zoom range with fast autofocus and high-quality optics, the EF 70-300mm f/4-5.6 IS II USM is perfect for APS-C camera and full-frame camera photographers, or anyone looking to expand their lens options with a fast and powerful telephoto zoom lens.

We are currently only delivering to Colombo and it's suburbs. For complete details, read our Delivery and Return policies.

The EF 70-300mm f/4-5.6 IS II USM telephoto zoom lens has been developed to meet the high-performance standards that today’s photographers demand. Improved Image Stabilizer Technology provides up to three stops of “shake” correction, and the “Mode 2” option stabilizes images while panning with a moving subject. Compared to the original Canon EF 75-300mm IS zoom lens, this telephoto lens has faster autofocus, and overall the lens is lighter and has a smaller diameter than the original. The zoom ring can be locked at the 70mm position, making this powerful lens easy to transport, too.

Affordable high magnification
The powerful, yet reasonably priced, EF 70-300mm f/4-5.6 IS II USM will appeal to nature and sports photographers looking to achieve sharper images when shooting handheld. When fitted to an EOS camera containing an APS-C sized sensor, the lens gives an angle of view roughly equivalent to a 112-480mm lens on a full-frame DSLR.

Image Stabilizer
The EF 70-300mm f/4-5.6 IS II USM features a three-stop Image Stabilizer (IS), making this an ideal lens for handheld work. Shutter speeds up to three stops slower than would be otherwise possible can be used with no perceptible increase in image blur. When panning horizontally, the IS system can be set to correct only for unwanted vertical shake, and the system switches off when the camera is mounted on a tripod.

Pleasing background blur
A virtually circular aperture diaphragm, which is controlled electromagnetically, gives out-of-focus regions a softer, more even feel, and lets in-focus subjects stand out against a blurred background

Ultrasonic focusing
A ultrasonic motor drives auto-focus extremely quickly, and in near silence. Excellent holding torque ensures the point of focus is reached accurately, without overshooting.

Effect similar to fluorite lens elements
The chromatic aberration correction effect is remarkable when a fluorite element is used. However, due to the high cost of fluorite compared to other materials, it cannot be employed widely on many lenses. To resolve this issue, Canon developed the UD (Ultra Low Dispersion) lens element, which is characterised by a low refractive index and low dispersive properties. It is widely employed in many lenses due to its ability to enhance the elimination of secondary spectrum.

In-lens correction of camera shake
Canon was the first in the world to develop the IS (Image Stabilizer), an in-lens system to correct camera shake in DSLR cameras. Compared to the in-camera Image Stabilizer feature, not only is the IS capable of stabilising the viewfinder image, it also helps to improve AF accuracy.
The underlying principle is that the amount of misalignment between the image of the subject and the optical axis of the lens is detected by two vibration-detecting gyro sensors. The corrective optical system inside the lens is then moved accordingly in the vertical or horizontal direction to stabilise the image of the subject on the imaging plane.
Most blurry pictures occur as the result of camera shake, which inevitably happens when you take handheld shots. Such blurring is more obvious at slow shutter speeds, which usually occur at low light settings such as during indoor portrait or night street photography because the low amount of light requires the sensor to be exposed for longer. For that reason, photographers usually make up for that by setting a higher ISO speed or using a tripod and remote shutter release. Both have their merits, but also some demerits.

USM (Ultrasonic Motor) was first put into practical application in the world by Canon. USM drives the lens by transforming ultrasonic vibrations into rotation energy. Not only does it consume little power, it has high efficiency, torque and response, enabling high-speed focusing with almost no operating sound emitted.

There are three types of USM . The round-shaped Ring USM is simple in structure, and is best suited for use in a circular lens tube. It is especially useful for driving lenses such as large-diameter or super telephoto ones due to its high torque, and it also allows for full-time manual focusing. Meanwhile, the Micro USM can be employed on many types of lenses because it is low in cost and not subject to restrictions on the lens diameter. In 2002, Canon contributed further to the downsizing of lenses with the development of the Micro USM II, which is about half the size and weight of the Micro USM . And in 2016, Canon introduced Nano USM, which not only realizes a high speed AF that rivals that achieved by Ring USM, but also is able to operate quietly and seamlessly. It’s not an exaggeration to describe Nano USM as the most ideal motor for normal-use lenses that are meant to handle both still photography and movie shooting.

Thin and compact, this USM, the latest to be developed by Canon, made its debut in 2016 on the EF-S18-135mm f/3.5-5.6mm IS II USM. Computer chip-shaped (a factor that allows a more compact lens design) with power sources in the form of transducers, it connects directly to the AF actuating mechanism. It possesses a speediness and responsiveness that rivals that of the Ring USM, combined with a control that equals that of STM (lead screw-type). Its main benefit lies in enabling quiet, smooth AF operation in compactly-sized lenses such as standard zoom lenses. Also very suitable for movie-shooting, its high speed AF is able to handle scenes with subjects that are moving at a fast speed as well as those with unpredictable movements.

The Nano USM is shaped like a computer chip, and has 2 transducers in its center.

A cross section of the EF-S18-135mm f/3.5-5.6 IS II USM, released in 2016 and the first lens to carry the Nano USM. Moving along the top of the slider, the Nano USM directly drives the main AF power source. As this motor not only allows for fast and smooth AF but is also small in size, it makes it possible for the lens that utilize it to be around the same size as lenses with STM. 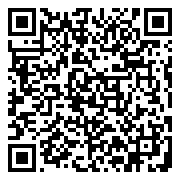 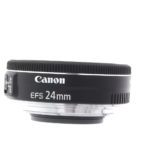 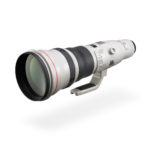 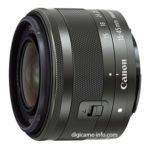 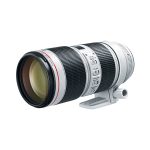 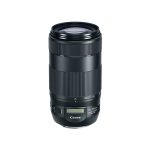